Which is Best for Your Home Office – Cable or DSL? 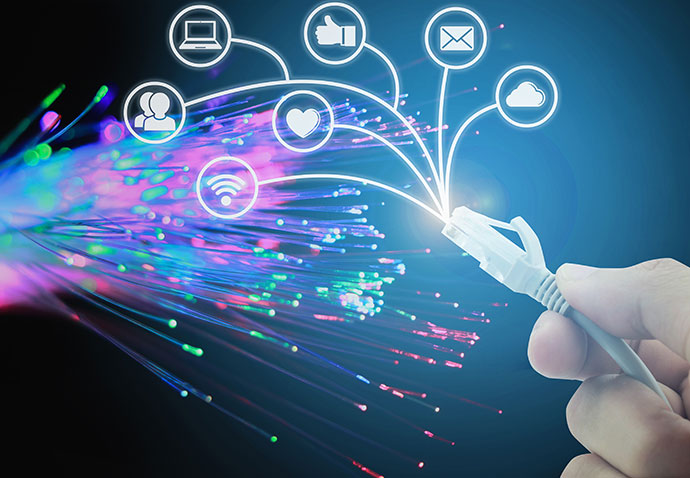 Is Cable or DSL Better for the Home Office?

DSL is short for “Digital Subscriber Line.” This type of service runs through traditional telephone lines, but it’s the not the same as the old-fashioned “dial-up” we all remember from the 90s.

DSL’s speed is best described as “moderate” at 10-25 Mbps. This speed is adequate for basic daily needs: you can check your email and stream video on a device or two. You can even use DSL for some gaming. Some DSL plans offer much faster speeds, and you’ll need those if you’re planning to participate in video calls – something you’ll almost certainly need to do as a remote worker.

Cable internet service doesn’t run over phone lines, but coaxial cables installed underground. It’s faster than DSL internet service most of the time, so it’s a better choice for you if you have several people streaming on different devices at the same time or if you have a gamer or two in your house. The fastest cable internet plans can reach speeds of 1000 Mbps, although you’ll need a modem configured for the DOCSIS 3.1 data transfer standard to get speeds like that.

Cable internet service does cost more than DSL, so if cost is a concern you may want to try to make DSL work for you.

You may have heard of fiber or fiber-optic internet, which is much faster than either DSL or cable, with speeds up to 2 Gbps. If you have the option of getting fiber, you might want to consider it if you ever have to download really large files in your home office.

For a remote worker, the advantage of being able to download a large file in a few minutes rather than a few hours is obvious and could someday be a necessity for the home office. However, fiber internet is currently only available to 27% of the US, because the infrastructure hasn’t been installed all over the country yet.

If you don’t have access to fiber-optic, then cable internet is the best choice for video calls or for uploading large files. Considering those video meetings all remote workers have had to get used to over the past year, cable internet is a better choice for the home office than DSL unless you opt for the faster DSL plans.